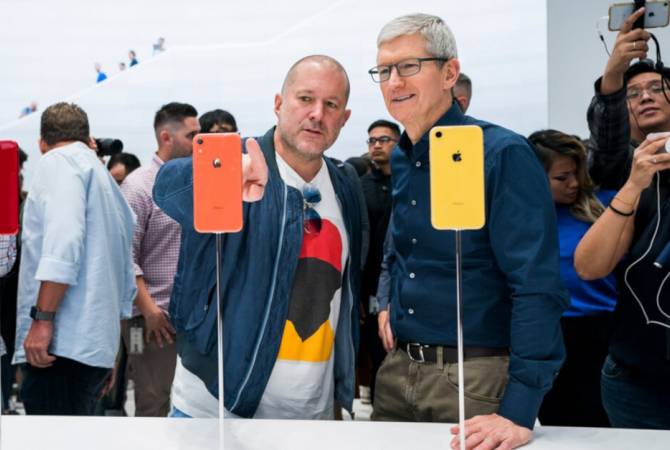 
YEREVAN, NOVEMBER 29, ARMENPRESS. The profile of Sir Jonathan Ive, Apple's former chief design officer, has now been deleted from the company's leadership page, ending speculation about the date of his departure, BBC reported.

In June, Sir Jonathan announced he would be leaving, without saying when.

Apple says it will continue to be one of the "primary clients" of LoveFrom, a company he co-founded fellow Apple Watch designer Marc Newson.

“Apple will continue to benefit from Jony's talents”, Tim Cook said in June.

Sir Jonathan joined Apple in 1992 and led the design team since 1996. He was responsible for designing some of Apple's best-selling products, including the iPod, iMac and iPad.