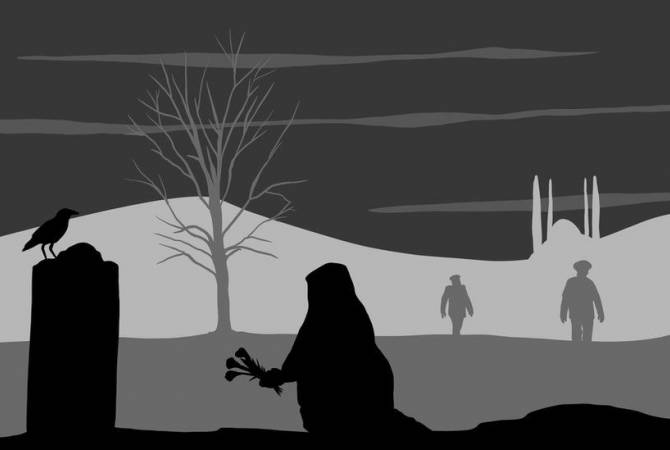 YEREVAN, NOVEMBER 27, ARMENPRESS. A BBC Russia article about torture in the Azerbaijani military gives details from the inhumane horrors which servicemen in the oil-rich post-Soviet nation are facing.

BBC Russia’s Magerram Zeynalov interviewed victims of a notorious Azerbaijani 2017 crackdown on its own servicemen who allegedly spied for Armenia.

“Dozens of torture victims, 25 convicted for high treason and 9 deaths from torture”, Zeynalov writes in his article titled “Die or Confess. Tortures were used to look for Armenian spies in the Azerbaijani army”.

In May 2017 Azerbaijani authorities claimed they have arrested servicemen in the Azerbaijani army for allegedly spying for Armenia. In Azerbaijan, the case was dubbed the Terter case, in reference to the name of the location were the suspects were taken to be tortured.

It was only in 2019 that details from this notorious case were made public.

Zeynalov spoke with the wife of Corporal Ruslan Ojagverdiyev, a soldier who was tortured to death. According to his wife Ravanna, he would be alive today had he confessed and accepted the charges. Ravanna recalled how on June 15th, 2017 her husband left for his military base and never answered phone calls again. She said she was later told by the military that her husband has been taken somewhere, without elaborating.

“And already in the morning I was told that my husband has died,” she said

The official coroner’s report lists the corporal’s death as a heart attack during exercise. Ravanna was suspicious about the autopsy report from the very beginning, and later when another autopsy was performed it revealed that her husband died from a trauma to the chest. Ravanna is one of the many family members of deceased servicemen to have sued the military prosecution of Azerbaijan. At court proceedings, she learnt about the details of her husband’s death from testimonies of others.

“They gagged my husband, choked him, demanded him to confess that he was a spy, they told him “You have a choice, confess or die””, she said.

Moreover, Ravanna later found out that her husband’s death was caused by the false report of another serviceman, who himself made it after suffering torture.

Another spouse of a victim told BBC that a police officer was standing near her husband's coffin at the funeral and was not allowing it to be opened.

Vagif Abdullayev, an officer who survived the tortures, said he was starved, stripped naked and put into freezing water, beaten and tortured with tasers.

Human rights activities Oktay Gyulaliyev said that probably the convicted servicemen of the Terter case will also be included in the list.