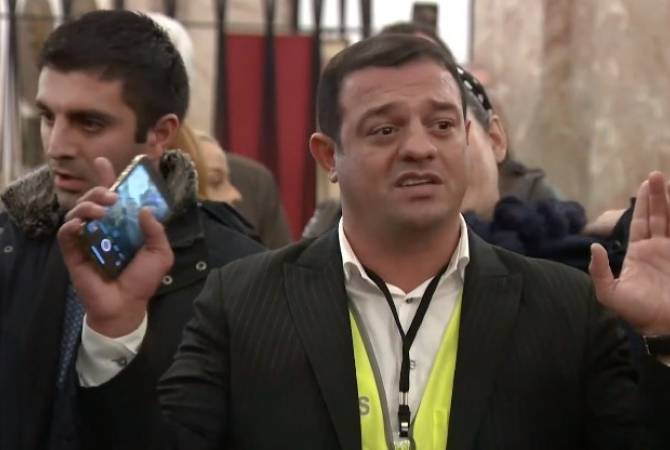 
YEREVAN, NOVEMBER 21, ARMENPRESS. When Armenian Prime Minister Nikol Pashinyan was holding a meeting with the Armenian community of Milan in an Armenian Church on November 20, a man identifying himself as an Azerbaijani blogger entered the building and said he wants to ask the Premier a question.

And so he did. Speaking in Russian, the man identifying himself as Ata Abdullayev started making statements and asking questions about the NK conflict. He held a mobile phone in his hand and was recording the process. The Armenian Prime Minister heard him out and answered to the “blogger’s” questions.

However, the man’s identity is being questioned in Armenian social networks due to understandable reasons. A simple Google search of his name brings photos of Abdullayev in situations like DISPERSING a protesting opposition crowd in Azerbaijan, posing with President Ilham Aliyev, or DRAGGING protesters from a demonstration. Some of the rumors claim Abdullayev is actually an Azeri secret service agent, or an agent provocateur.