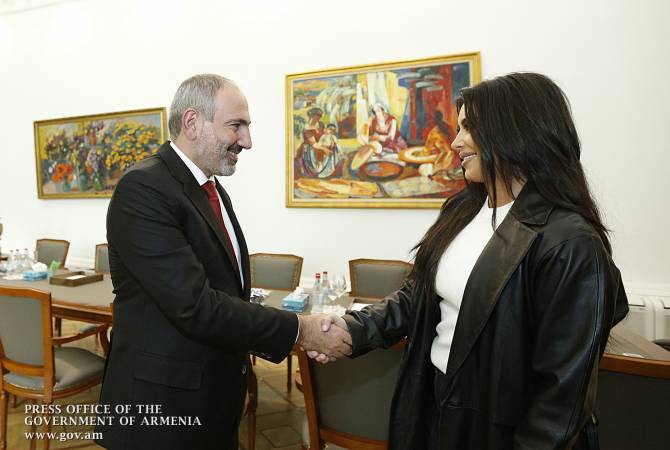 “Kim Kardashian recently visited Armenia. This time she visited Armenia to baptize her four children in an Armenian church. Unfortunately, Kanye West was not with them. I met with Kim and she told me about her plans to make an investment and start a business in Armenia. I think this is very good news. We hope that Kim Kardashian will not only be considered as a reality TV superstar in Armenia, but also as an investor, which will be a good advertisement for investing in Armenia”, the Armenian PM said at the Institute for International Political Studies (ISPI) in Milan.

PM Nikol Pashinyan arrived in Italy on November 20 on an official visit.

Kim Kardashian West arrived in Armenia together with sister Kourtney Kardashian and children on October 7, 2019. Kim Kardashian West participated in the 23rd World Congress on Information Technology (WCIT 2019) as a special keynote speaker and panelist which was held in Yerevan from October 6 through 9.