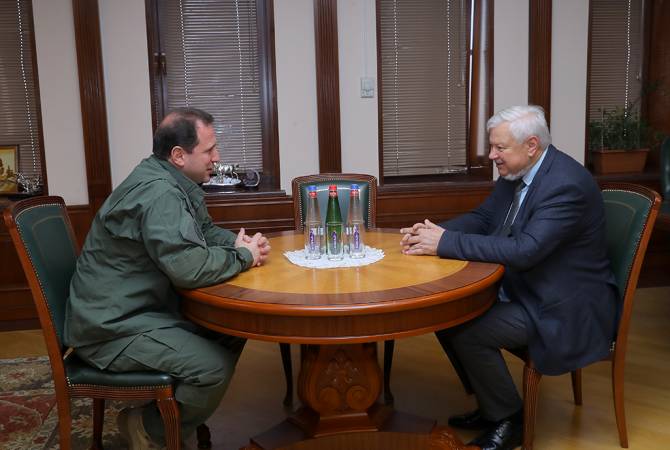 During the meeting Tonoyan and Kasprzyk discussed the process of the NK conflict settlement and the situation at the Artsakh-Azerbaijan Line of Contact and the Armenia-Azerbaijan state border, the defense ministry said in a press release.

“The interlocutors also discussed the actions of humanitarian nature in the conflict settlement process, underscored the necessity for combining the OSCE Minsk Group Co-chairmanship’s and the International Committee of the Red Cross’s efforts in this direction. Davit Tonoyan and Andrzej Kasprzyk once again noted the importance of the introduction of mechanisms for strengthening trust at the Line of Contact and the Armenian-Azerbaijani state border,” the defense ministry said.

11:56, 01.27.2020
Viewed 2639 times Pilot of helicopter that crashed in US killing basketball legend Kobe Bryant was of Armenian descent