Pope Francis refers to murder of Armenian priest in Syria 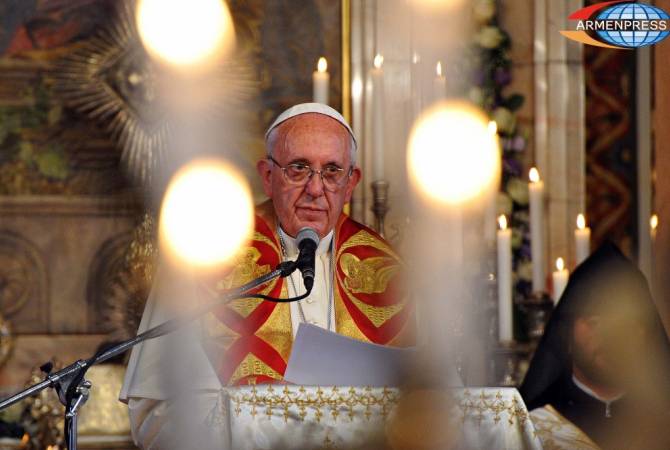 “I am close to Armenian Catholics of Qamishli, in Syria, as they gather for the funeral of their parish priest, Father Hovsep Bedoyan, who was killed yesterday together with his father. I pray for them, their families, and for all Christians in Syria”, Pope Francis tweeted.

Pastor of the Armenian Catholic Community of Qamishli Priest Hovsep Betoyan and his father Hanna Petoyan were traveling in a vehicle en route to Deir ez-Zor when terrorists opened gunfire on their car and killed them on November 11. Later the “Islamic State” terrorist organization claimed responsibility for the murder.