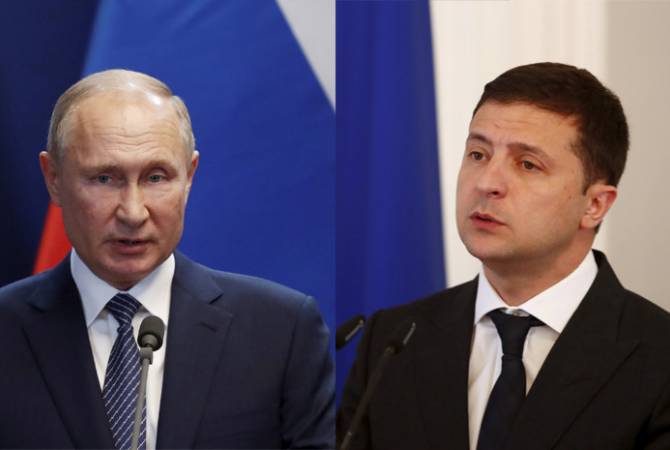 
YEREVAN, NOVEMBER 12, ARMENPRESS. Kremlin commented on the proposal of first President of Kazakhstan Nursultan Nazarbayev to arrange a meeting between Russian President Vladimir Putin and President of Ukraine Vladimir Zelensky, stating that that meeting should be well-prepared.

“Putin has said himself that he never refuses to hold such meetings but he believes that a meeting for the sake of a meeting will make little difference, there is a need to make thorough preparations”, Russian presidential spokesman Dmitry Peskov said, reports TASS. “We are currently focused on preparations for the Normandy Four processes. In this regard, the parties should fulfill the obligations they took on Minsk”, he added.

Peskov added that Moscow “is always grateful to Nazarbayev and values the efforts of our Kazakh colleagues to help improve Russian-Ukrainian relations”.

Earlier Kazakhstan’s first President Nursultan Nazarbayev said at the fifth annual session of the Astana Club that he had offered to arrange a meeting between Presidents Vladimir Putin of Russia and Vladimir Zelensky of Ukraine.

According to Nazarbayev, Zelensky has already accepted the offer.

“Zelensky has already agreed to a one-on-one meeting, and I have informed the Russian president about it. We’ll see now. If they need a neutral host, I said it could be Kazakhstan”, Nazarbayev said.

“I believe that there is a need for a personal meeting between the presidents of Russia and Ukraine”, he added.