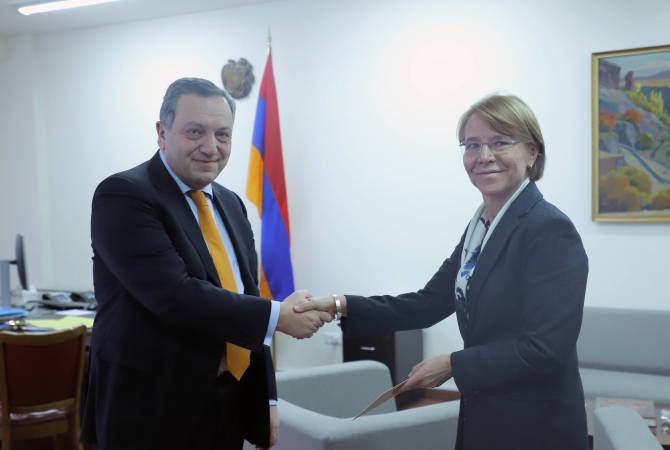 As ARMENPRESS was informed from the press service of the Foreign Ministry of Armenia, congratulating the Ambassador on the appointment, Avet Adonts hoped that the Ambassador will invest his experience and knowledge for the further deepening of the friendly relations between Armenia and the Netherlands.

Thanking for the reception and warm wishes, Maria Christina van Koldam noted that the Netherlands is also greatly interested in further deepening relations with Armenia and assured that during her tenure she will spare no efforts for implementing those goals.

During the meeting the interlocutors referred to a number of issues on bilateral agenda, including the activation of the political dialogue, trade and economic relations, deepening the cooperation in international organizations.

The interlocutors also exchanged views on Nagorno Karabakh peace process, as well as a number of international and regional issues.