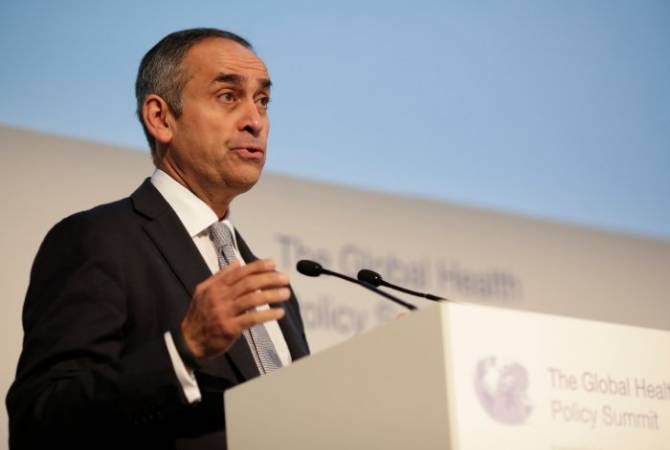 
YEREVAN, NOVEMBER 7, ARMENPRESS. Director of the Institute of Global Health Innovation at Imperial College London, Professor Ara Darzi expressed his concerns over the fact that the United Kingdom didn’t follow the example of the US House of Representatives on recognizing the Armenian Genocide, The Guardian reported.

In the article Ara Darzi welcomes the adoption of the Armenian Genocide recognition resolution by the US House and is dismayed by the lack of a similar acknowledgment by the British government.

“As the first Armenian in the British parliament, I am overjoyed at the vote by the US House of Representatives on Tuesday last week to recognize the Armenian Genocide of a century ago. But I remain dismayed by the British government’s refusal to acknowledge the slaughter of an estimated 1.5 million Armenians. The collective silence over the Armenian Genocide was cited by Hitler as he plotted the extermination of Europe’s Jewish population. It is a source of intense pain and regret to me and my compatriots that our own government persists in denying the genocide out of fear of offending Turkey, a Nato ally”, Ara Darzi said, adding that at least 20 countries around the world have formally recognized the massacre as genocide – among them France, Germany, Italy, Russia and the European parliament. “Now the House of Representatives has joined them”.

“My great grandfather and his sons were executed by Ottoman government forces in 1915. His daughter, my grandmother, then a teenager, only escaped by pretending to be dead. She walked barefoot with her mother from Erzerum, where the family lived, arriving weeks later in Mosul, northern Iraq. I was born in Baghdad, where we lived as refugees”, the Professor said.

Ara Darzi considers unconscionable for the British government to continue to deny the Armenian Genocide. He says the Genocide is a global issue, reminding that the humanity has seen it in Rwanda, Darfur and in what happened to Christian communities at the hands of Isis in Syria and northern Iraq.

“The House resolution says the US government should no longer associate itself “with denial of the Armenian Genocide or any other genocide”. Our own parliament should do the same”, Professor Ara Darzi said.

On October 29 the US House of Representatives adopted a resolution on recognizing the Armenian Genocide based on the voting results. 405 Congressmen voted in favor of the resolution, while 11 voted against.