CSTO mechanism will be launched in the event of Armenia coming under attack, says Russian senior MP 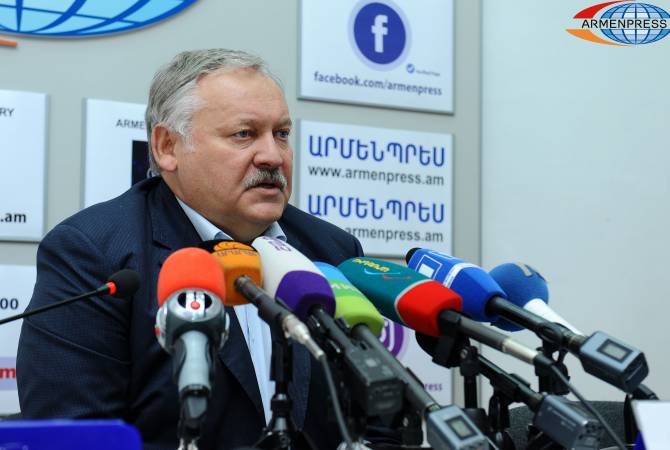 Zatulin, who serves as First Deputy Chairman of the Duma’s Committee for CIS, Eurasian Integration and Compatriots Affairs, is among the Russian parliamentary delegation visiting Armenia for the ongoing CSTO Parliamentary Assembly’s plenary session.

“If CSTO-member Armenia will see a necessity to put this question before other CSTO members, it is entitled to it, but I haven’t heard Armenia to raise this question,” he said, responding to a question regarding Azerbaijani military cross-border shootings in the direction of Armenia’s border settlements.

“Armenia hasn’t applied to the CSTO on this matter. Perhaps at this moment they think that what happened in that period is not sufficient grounds for responding so seriously. As far as obligations, Russia views Armenia as an ally, in the event of an attack on it [Armenia] the CSTO mechanism will be launched. Pay attention that our 102nd military base is on Armenian territory, it isn’t here for no reason,” Zatulin said, referring to the Russian military base stationed in Gyumri.

Article 4 of the CSTO stipulates that an attack by any country or group of countries against a CSTO member will be considered as an attack on all members of the organization. In case of an attack on any member country the remaining member countries will provide assistance, including military support.