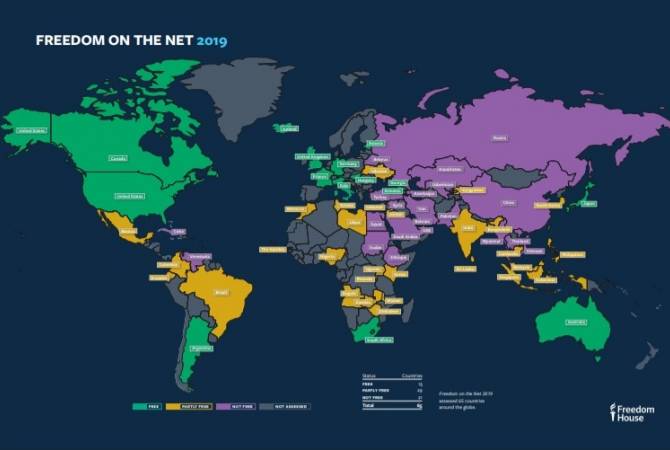 
YEREVAN, NOVEMBER 5, ARMENPRESS. Armenia is among the top three countries from 65 assessed states to have recorded the biggest progress in 2019 in internet freedom, according to Freedom House.

Armenia is ranked as “free” in the Freedom on the Net 2019 report.

“In Armenia, positive changes unleashed by the 2018 Velvet Revolution continued, with reformist prime minister Nikol Pashinyan presiding over a reduction in restrictions on content and violations of users’ rights. In particular, violence against online journalists declined, and the digital news media enjoyed greater freedom from economic and political pressures”, Freedom House said.

With this ranking Armenia is the regional leader. Azerbaijan is again ranked “not free” and placed 45th. Georgia has maintained last year’s ranking and is 10th. Turkey and Iran are also among “not free” countries.