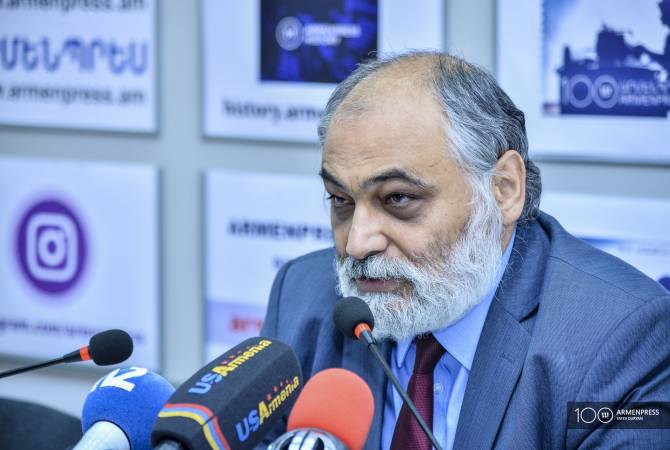 
YEREVAN, OCTOBER 30, ARMENPRESS. The US House of Representatives’ recognition of the Armenian Genocide is a “historic and very important” step, Ruben Safrastyan – the Director of the Institute of Oriental Studies of the Armenian National Academy of Sciences told ARMENPRESS.

He said this move can have a chain reaction and other countries which haven’t yet recognized it will begin discussing the recognition of the Armenian Genocide in their parliaments.

He said it is no secret that the United States has big influence all over the world.

“Here, the important thing is that the US President did not interfere, did not try to halt the process. We had seen that such things happened until now. This means that the American political class has reached consent over this issue. Initially we knew that the Republicans were against this issue entering agenda, then they were unable to stop it, and then they too voted in favor,” Safrastyan said.

Asked why the US government reached the consent at this particular time, Safrastyan said the issue is obviously a rebuke of Turkey’s policies.