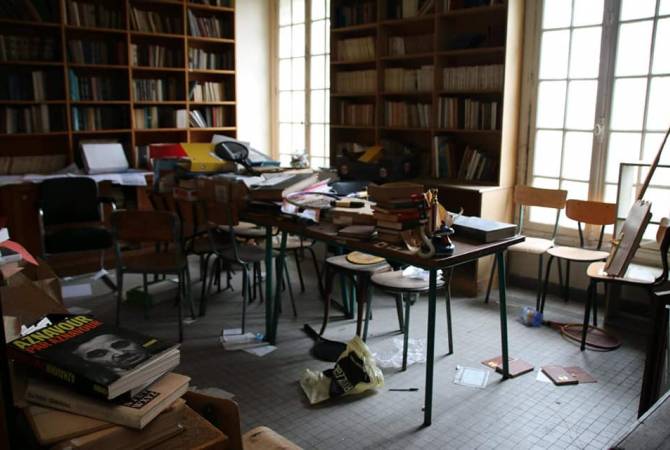 The college is owned by the Mekhitarist Congregation of Sevres and the October 23 incident is already the second time the college is being vandalized in 2019.

“I spoke with Archimandrite Harutyun Pztikian (member of the Mekhitarist Congregation). The damages inflicted to the Samuel Moorat College of Paris are far greater than we could’ve imagined,” Sinanyan said on Facebook.

Sinanyan said the vandalism is unacceptable.

“In the coming days we will demand from French authorities to provide the French-Armenian educational and cultural establishments with duly security,” he said.