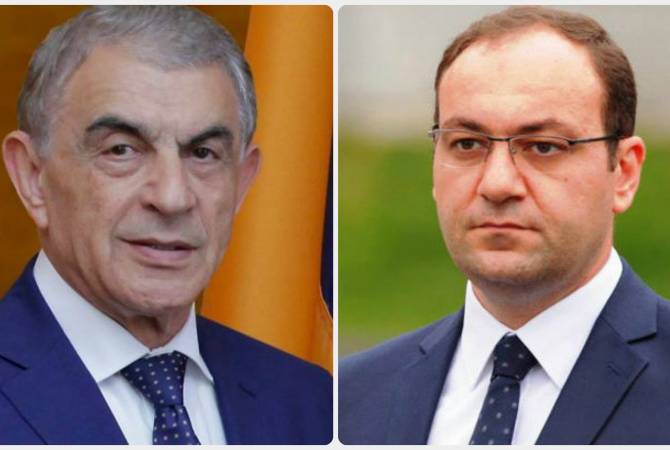 
YEREVAN, OCTOBER 22, ARMENPRESS. The Special Investigations Service has charged ex-Deputy Chief of Staff of the Parliament Staff Arsen Babayan with Paragraph 1 Article 38-300 and Paragraph 1 Article 314 of the Criminal Code that in 2018 when he was serving as acting deputy chief of staff of parliament he “assisted the usurpation of powers of the Constitutional Court by a group of persons, as well as committed official falsification,” the SIS said in a news release.

Ex-Speaker of Parliament Ara Babloyan is a suspect in the same criminal case.

In February 2018, the parliament nominated the candidacy of Republican (HHK) lawmaker Hrayr Tovmasyan for the vacant position of Constitutional Court member, and on March 2 the parliament elected Tovmasyan to the position.

The SIS said the then-Speaker Ara Babloyan illegally signed and announced about receiving the resignation of then-president of the constitutional court Gagik Harutyunyan on March 2, whereas the resignation was given to the Speaker only three days later by the chief of staff.  The SIS said the then-speaker acted so to maneuver and appoint Tovmasyan to the post prior to the coming into force of the new constitution on April 9.

The SIS said Arsen Babayan faked the date on the documents.

The SIS said it has requested a court to place Babayan under pre-trial detention.