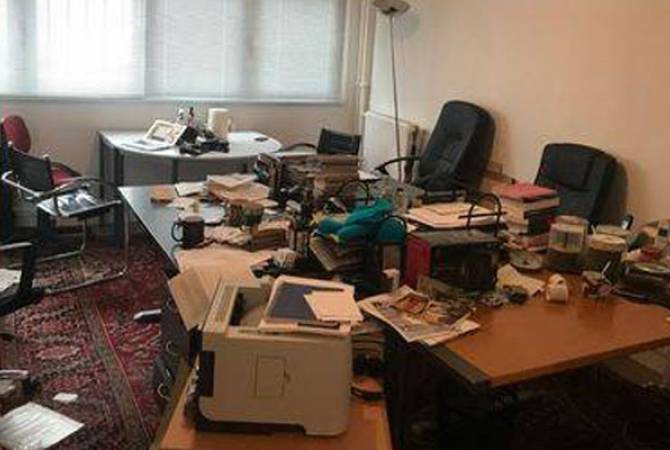 
YEREVAN, OCTOBER 21, ARMENPRESS. The Union of Journalists of Armenia has condemned the attack on the office of the Nouvelles d'Arménie France-based Armenian newspaper.

“This isn’t the first attack on the magazine, and as stated by the magazine’s personnel none of the previous cases have unfortunately been revealed. The reputed media outlet has for many years dealt with raising issues of pan-Armenian significance, condemning the denial of the Armenian Genocide, its support for the Republic of Artsakh. Any kind of violence or pressure against free speech is a great problem for any democratic state. Representatives of the editorial board of the Armenian magazine are linking the attack with Editor-in-Chief, CCAF Co-Chair Ara Toranyan’s participation in the anti-Turkish demonstrations in Paris and his support for Syria’s Kurds, and this is an alarming signal. The frequent attacks against the press, especially related with political realities, must become subject of everyone’s strongest condemnation,” the union said in a statement.