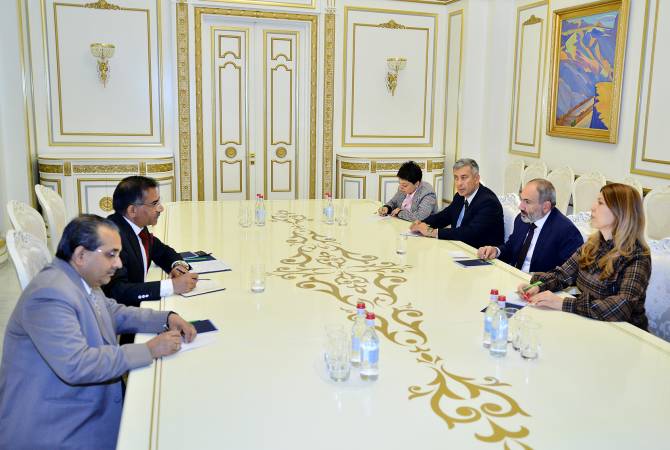 The PM congratulated the ambassador on assuming office and wished productive work for the benefit of the further development and strengthening of the Armenian-Indian relations.

PM Nikol Pashinyan mentioned that he had a meeting with India’s PM Narendra Modi in New York in September where both sides attached importance to expanding ties in various sectors, as well as the mutually beneficial cooperation in international arenas.

At the same time the Premier noted that various events are taking place in Armenia on the occasion of Mahatma Gandhi’s 150th anniversary of birth, which proves the strong ties between the two countries and peoples. PM Pashinyan reaffirmed his invitation addressed to PM Modi to visit Armenia and expressed conviction that the visit will boost the development of relations between Armenia and India.

Ambassador Kishan Dan Dewal thanked for the warm reception and noted that he will make all efforts to carry out his mission on the highest level and to contribute to the development of relations between the two friendly countries. The ambassador noted that his government is also interested in enhancing and strengthening economic ties with Armenia.

During the meeting the sides also discussed different issues relating to development of partnership in political and economic sectors.

Particularly, they touched upon the opportunities of deepening business ties, ties in IT and tourism, as well as the implementation of joint investment programs and the planned actions in this direction.

The sides also exchanged views on the NK conflict settlement and issues of regional significance.