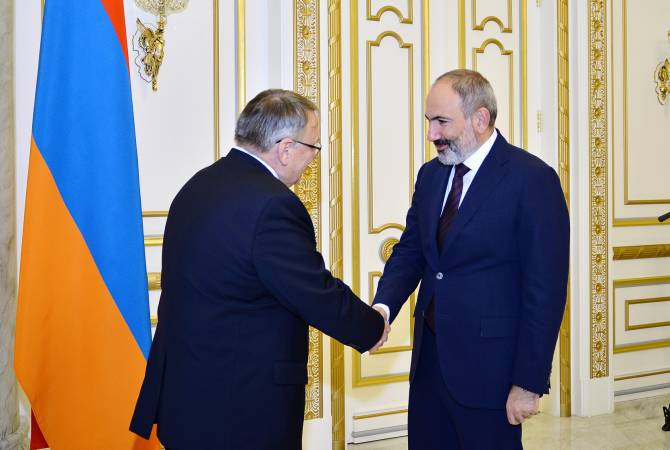 The PM congratulated the ambassador on assuming office and expressed hope that the latter will contribute to strengthening political dialogue and developing economic partnership between the two countries.

PM Pashinyan was pleased to recall his meeting with the Czech Prime Minister in September at the UN Headquarters in New York, where they discussed partnership issues and an agreement was reached to boost high-level official mutual visits.

Ambassador Kopecky said that it is a great honor for him to carry out a diplomatic mission in Armenia and that he will make maximum efforts during his tenure to deepen Armenian-Czech partnership.

He said that the Czech Republic is supporting the democratic reforms in Armenia and is ready to develop ties both bilaterally and multilaterally: in the EU, Eastern Partnership formats.

The sides also discussed issues of expanding commercial-economic partnership in mutually beneficial directions, touched upon the opportunities of establishing direct air communication, and exchanged ideas over the visa liberalization process within the framework of the EU.