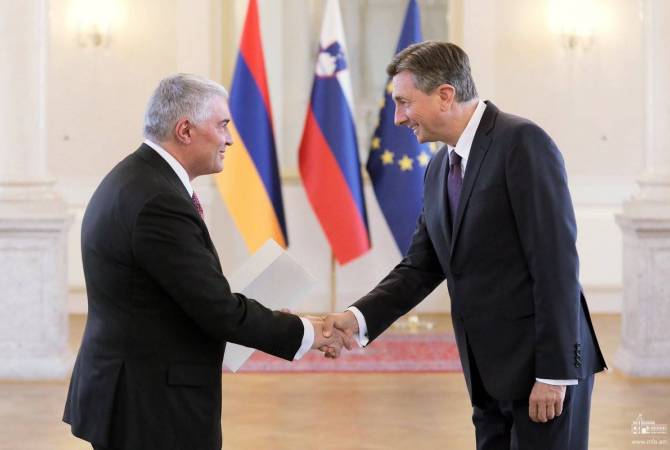 The Slovenian President wished success to the new Ambassador, expressing confidence that the bilateral political dialogue and economic relations will continue to develop for the benefit of the two friendly countries and peoples.

Ambassador Hovakimyan thanked for the reception and reaffirmed his commitment to contribute to the development and deepening of the Armenian-Slovenian relations with his activity.