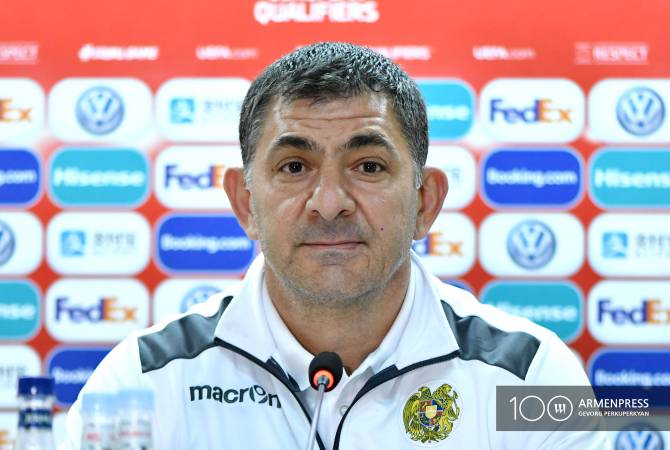 According to a specialist, the reason for his resignation is that the Armenian team failed to qualify for the Euro 2020 final.

“I am serving as the head coach of the Armenian national team for already a year. During this period moments of both joy and sadness connected with the performance of the team happened. The qualifying round is not over year, but I made a difficult decision to resign as the head coach of the team as I was unable to justify the hopes of the team’s fans, to qualify the team for the Euro 2020 final. Now our opportunities are only theoretical, and although there wasn’t such task before me from the very start, I have always felt that responsibility”, he said and thanked all the staff, the players, the FFA President, as well as the fans for the support at the difficult moments.

“During this one year Armen Gyulbudaghyants demonstrated himself as a high-class professional and also has been distinguished with his human qualities. Accepting his resignation was very difficult for me, but during our talk Armen Gyulbudaghyants didn’t change his mind. I am confident that the work done by our head coach will bring results in the future. I want to thank him for the dedicated work, I am confident we will still have occasions for cooperation”, the FFA President said.