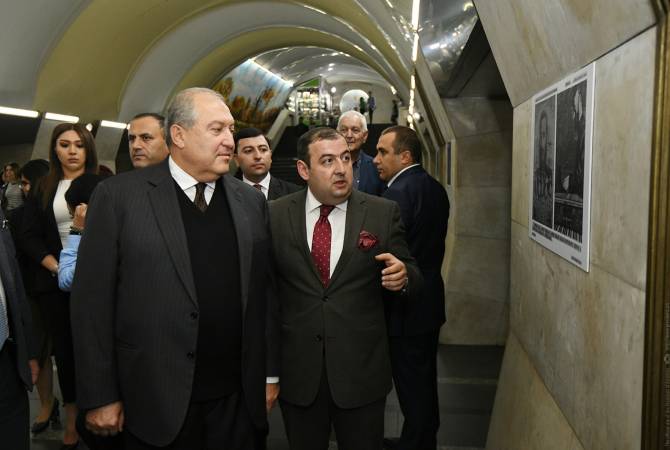 
YEREVAN, OCTOBER 17, ARMENPRESS. President Armen Sarkissian attended an event dedicated to the 150th anniversary of birth of Komitas which was jointly organized by ARMENPRESS news agency, the Yerevan subway and the Komitas State Conservatory.

The event took place at the Yeritasardakan metro station of the Yerevan subway.

The President viewed a photo-exhibition of exclusive archive pictures by ARMENPRESS. Students of the conservatory then performed Komitas. Sarkissian thanked the organizers for holding the event at the metro station, which gives the chance to multiple citizens to view the exhibition.

The president also chatted with participants of the event, citizens and tourists.

ARMENPRESS director Aram Ananyan was also present at the exhibition.