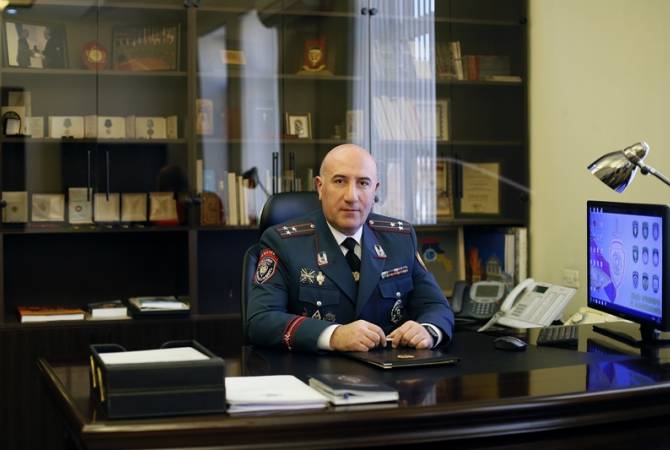 
YEREVAN, OCTOBER 16, ARMENPRESS. Interim Police Chief of Armenia Arman Sargsyan has awarded a posthumous Medal of Heroism to Tigran Arakelyan, the Yerevan police officer who was gunned down in the line of duty on October 16th. Arakelyan was awarded for “selflessness and heroism in the line of duty in life-threatening conditions”, the police department said in a news release.

Arakelyan’s partner, who was injured in the incident, was awarded the “For Excellent Service in Police” order.

Arakelyan and his partner were patrolling the city when around 04:30 they saw two young men who ran away upon seeing the police cruiser. The officers eventually apprehended the suspects in the Azatutyun Avenue, but the latter resisted arrest and one of them got hold of the officer’s firearm and fired on Tigran Arakelyan. Arakelyan succumbed to his injuries. His partner was battered by the suspects but survived.

The two suspects were later apprehended. Police said the suspects had earlier committed a robbery.