Armenian Genocide recognition resolution to be introduced in Moldovan Parliament 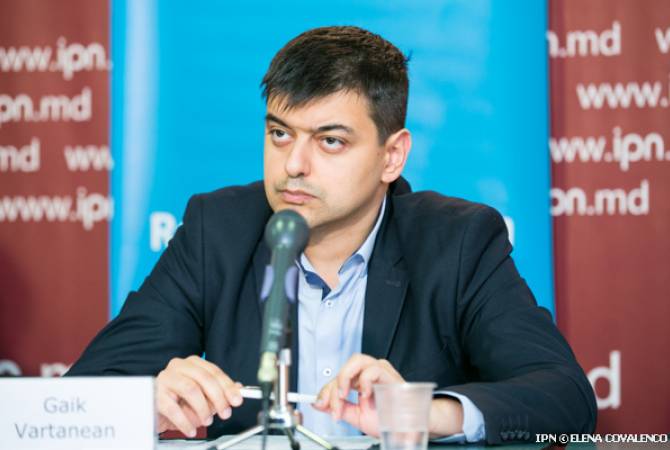 
YEREVAN, OCTOBER 15, ARMENPRESS. Soon a legislative initiative on officially recognizing the Armenian Genocide will be introduced in the Parliament of Moldova, Accent TV reported.

According to the report the announcement was made by Moldovan lawmaker Gaik Vartanean at a meeting of the parliamentary commission on foreign policy and European integration. According to Accent TV this is the first time ever that an Armenian Genocide recognition initiative is being announced in the Moldovan parliament.

Vartanean is also the head of the local Armenian community.

He spoke today at a confirmation hearing of ambassadors, and asked a question to Dmitry Kroitor, nominated as a candidate for the post of the Moldovan ambassador to Turkey.

“Given the fact that soon a legislative initiative will be introduced in the Moldovan parliament to recognize the Armenian Genocide and Moldova may join most countries of the European Union, as well as the Russian Federation, which have already recognized this fact, this may entail negative reaction from the Turkish government”, he said as quoted by Accent Tv.

He asked the question in the context of a previous question regarding the candidate’s attitude to Turkey’s offensive in Syria, according to Accent Tv.

The lawmaker also mentioned that one of the key points of disagreements between Turkey and the EU is Turkey’s denial of the Armenian Genocide.

In 2015, the European Parliament adopted a resolution reaffirming its 1987 resolution according to which the massacres of Armenians in 1915-1917 by the Ottoman Empire was recognized as genocide in conformity with the UN 1948 convention.