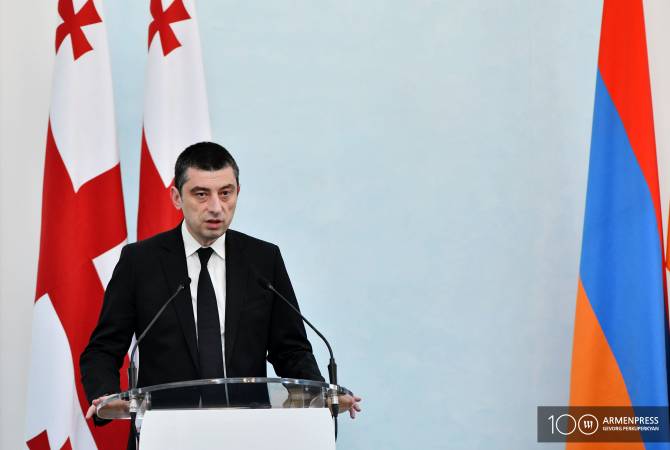 
YEREVAN, OCTOBER 15, ARMENPRESS. Prime Minister of Georgia Giorgi Gakharia highlights the economic sector in the relations with Armenia where he sees a significant progress.

“We have touched upon the centuries-old friendly relations of the two counties. And we are going to further deepen and expand it. Economy is the most significant sphere between the two countries where we have a good progress. We also discussed cooperation issues in the fields of transportation and energy”, the Georgian PM told reporters in Yerevan summing up the results of his meeting with Armenian Prime Minister Nikol Pashinyan.

The Georgian PM added that they have also discussed regional issues and recorded that peace in the region is the most important so that they can concentrate on the economy and provide an opportunity of welfare to the citizens.

Georgian Premier Giorgi Gakharia arrived in Armenia on official visit at the invitation of Prime Minister Nikol Pashinyan on October 15.