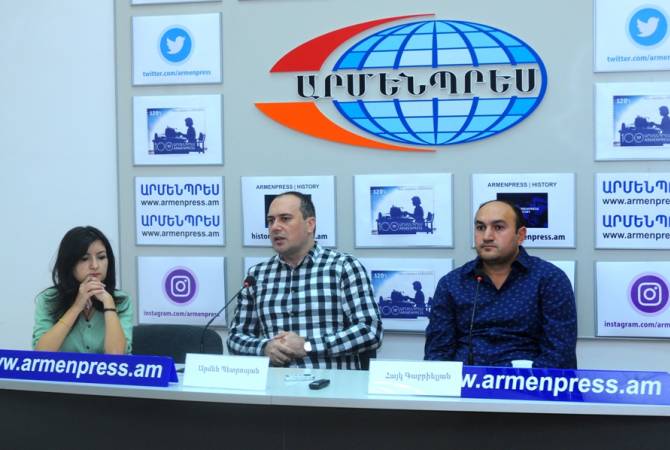 
YEREVAN, OCTOBER 15, ARMENPRESS. Revising the process of arms sale to Turkey by some countries cannot stop that country’s President Recep Tayyip Erdogan, Expert on Turkish studies Hayk Gabrielyan told a press conference in Armenpress, adding that the possible use of arms embargo will not solve a problem in reality.

“France and Germany have already announced that they are using an arms embargo against Turkey, however, I don’t think this will have any meaning. During Erdogan’s tenure Turkey has significantly raised its military industry”, he said. In addition, the expert said that the experience shows that when a certain vacuum appears in the relations between the West and Turkey, that is quickly filled by Russia. Hayk Gabrielyan said in this context the economic sanctions can be the most effective tools. Economy is Turkey’s most vulnerable place.

Several countries are in favor of exerting pressure on Turkey, take concrete actions, the Arab countries made tough statements. According to Expert on Arabic studies Armen Petrosyan, the tough position of the Arab countries has its logical explanation.

“The Arab countries have yielded their positions to Turkey and Iran in the region. No Arab state has any serious influence in Syria. In any case these tough statements are situational solutions. In practice this will not stop Turkey’s operations”, he said, adding that it would be possible to stop Turkey if joint armed forces enter into that territories.

As for the Syrian armed forces, which moved to the territories where Turkey currently carries out operations, Hayk Gabrielyan said there is no problem there, in fact, everything is regulated by Russia which has turned on a green light before Turkey.

Commenting on Armenia’s position in this situation and the actions to be taken, Armen Petrosyan said Armenia should try to ensure the security of the Armenian community with partners. The country must be ready for all scenarios.

“At this moment we need to closely follow the developments. We see that our diplomatic representatives are working actively. The current situation concerns us, especially the situation in the Armenian-populated Kobani”, Armen Petrosyan said.