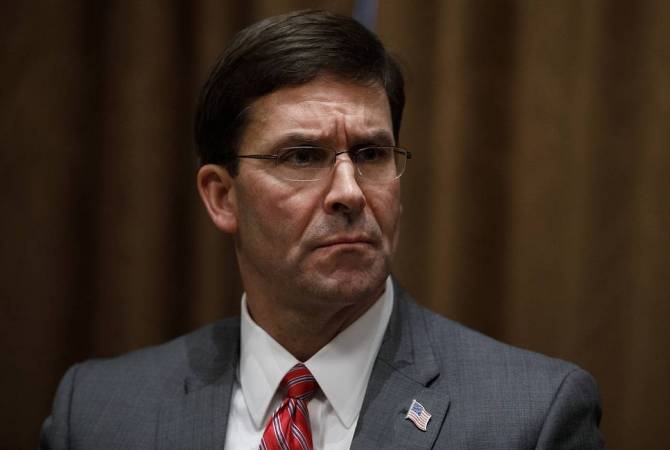 
YEREVAN, OCTOBER 15, ARMENPRESS. Turkey’s ongoing military operations in Syria’s north-east hamper efforts against the Islamic State terrorist group and lead to the release of many captured militants, US Secretary of Defense Mark Esper said in a statement, reports TASS.

“Despite the opposition and repeated warnings from the United States and the international community, Turkish President Erdogan ordered a unilateral invasion of northern Syria that has resulted in widespread casualties, refugees, destruction, insecurity, and a growing threat to US military forces”, Esper said.

According to the Pentagon chief, “this unacceptable incursion has also undermined the successful multinational “Defeat ISIS” mission in Syria, and resulted in the release of many dangerous ISIS detainees”.

“Due to Turkey's irresponsible actions, the risk to U.S. forces in northeast Syria has reached an unacceptable level. Turkey's unilateral action was unnecessary and impulsive. President Erdogan bears full responsibility for its consequences, to include a potential ISIS resurgence, possible war crimes, and a growing humanitarian crisis”, the secretary of defense said. “The bilateral relationship between our two countries has also been damaged”.