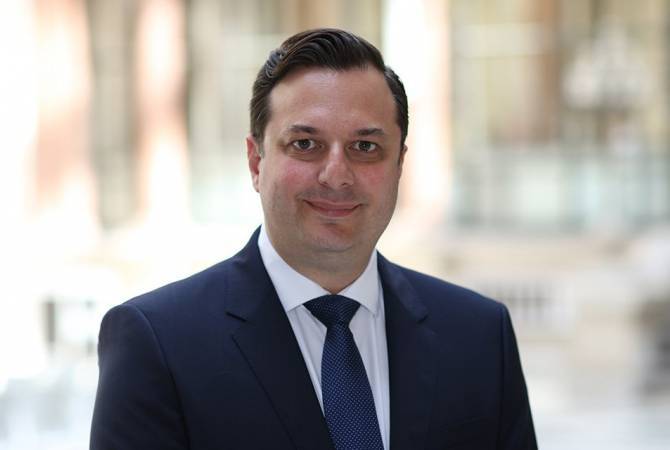 
YEREVAN, AUGUST 14, ARMENPRESS. The British Embassy in Yerevan has said that Alan Gogbashian (pictured above) will not be taking up the role of the UK’s Ambassador to Armenia for “operational reasons”.

Gogabashian was named as the next UK Ambassador to Armenia in August and was expected to assume office in September.

“Mr Alan Gogbashian will no longer be taking up the role of Her Majesty’s Ambassador to Yerevan for operational reasons. Mr Gogbashian will be transferring to another Diplomatic Service appointment. Mr David Moran has been appointed as Chargé d’Affaires with the rank of Ambassador in the interim, until a new Ambassador is appointed”, the British Embassy in Armenia said in a statement published on its official Facebook account on October 14.

David Moran is Head of Global Economic Issues Department in the Foreign & Commonwealth Office (FCO). David joined the FCO in 1985 and has previously served as Ambassador to Switzerland, Kazakhstan (2009 to 2012), Uzbekistan (2005 to 2007), and as Ambassador (non-resident) Liechtenstein and the Kyrgyz Republic. David also served in Nairobi, Moscow, Paris and Tbilisi, and in a range of policy and other roles in London. From 2008 to 2009 he was Deputy Director for Early Warning and Transnational Issues in the Cabinet Office.