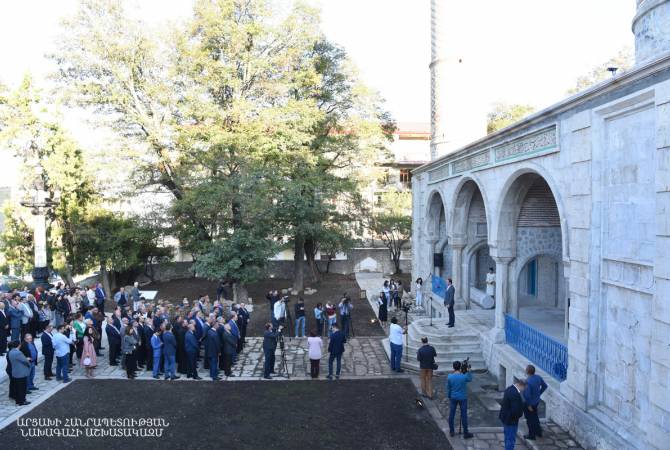 
YEREVAN, OCTOBER 14, ARMENPRESS. (Press Release, Office of Artsakh President) On 14 October Artsakh Republic President Bako Sahakyan was present in the town of Shoushi at the ceremony of opening the Armenian-Iranian Scientific-Cultural Center.

President Sahakyan expressed gratitude to the “IDeA” and Preservation for Eastern Historical Heritage foundations for the implementation of the project, expressing hope that the center would play an important role in cementing the Armenian-Iranian relations, promoting inter-religious and civilizational dialogue, as well as the development of tourism in Shoushi.