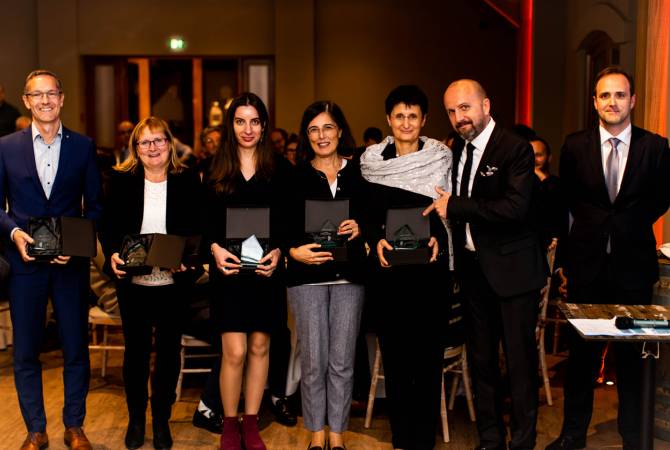 The event took place at the Radisson Hotel, in Jersey, from October 9th to 11th in the framework of the international PostEurop Plenary Assembly and welcomed over 150 postal industry professionals from over 52 European postal administrations.

The online competition, which involves voters all around the globe, had been officially launched from May 9 to September 9. It is noteworthy that this year's competition theme was "Natural Birds" and was aimed at raising awareness towards nature's sustainability.

Armenia was participating with a postage stamp fully illustrated inspired by the Armenian miniatures. The postage stamp depicts the barn swallow (Hirundo rustica) sitting on a branch in an environment typical for the flora of Armenia.

The author of the stamp’s design is the artist-designer of HayPost CJSC Ashkhen (Mila) Khandzratsyan.

On the other hand, a jury composed of six philatelic experts who participated in the EUROPA Jury competition, unanimously announced Pošta Slovenije (Slovenia) as the winner of this year's EUROPA stamp Jury Prize.