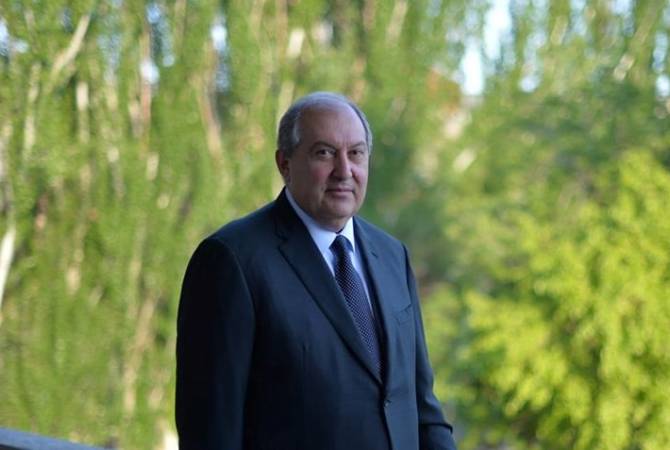 The congratulatory letter of the Armenian President says:

“The award has been bestowed to such a prominent person, a dedicated state figure and courageous politician who has made decisive efforts to settle the border conflict with neighboring Eritrea.

At any part of the universe the establishment of peace is an absolute goal for all nations, and your efforts to reduce tension, establish healthy atmosphere for the neighboring nations are invaluable.

Today you are an example for many political leaders, figures and decision-makers of the world.

The Nobel Peace Prize that you have been awarded should become a reminder to all of us that Peace is not a subject of bargaining, and nationals should strive for peace with all means.

The political world is happy to have figures like you who reject conflicts and support peace. We hope your contribution will inspire other leaders as well to reduce tensions and conflicts and take actions to achieve peace.

This Prize shows how limited are the traditional solutions in this changing world and how non-standard approaches can be more effective.

Eventually, countries are successful when their people live in peace with one another and neighbors.

Our people as well suffered from conflicts, wars and genocide during the history. We appreciate every effort which is directed for saving lives and our common future.

I am sure the 2019 Nobel Peace Prize will give much more courage, inspiration to you to continue your dedicated work. I hope we will have a chance to meet personally to talk about these issues.

I once again congratulate you and your people, wishing new achievements and success”.

The 2019 Nobel Peace Prize has been awarded to Ethiopian Prime Minister Abiy Ahmed.

He was awarded the prize for his efforts to "achieve peace and international cooperation".

He was named as the winner of the 100th Nobel Peace Prize in Oslo.