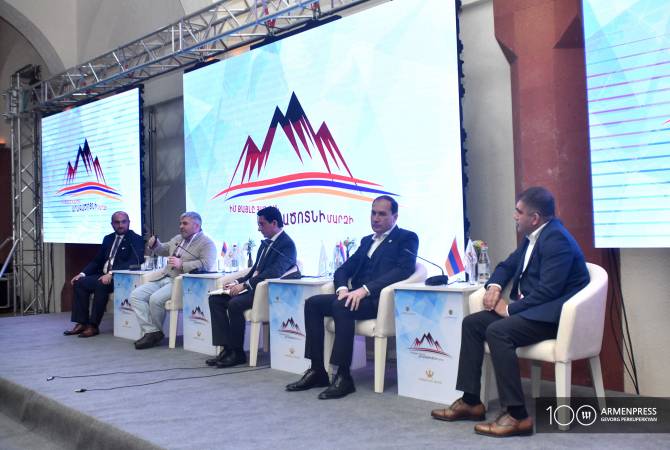 
YEREVAN, OCTOBER 12, ARMENPRESS. The Governorate of Aragatsotn Province and the Gyumri Information Technologies Center scientific-educational foundation today signed a memorandum of cooperation aimed at contributing to the IT development in the province.

The memorandum was signed by Governor of Aragatsotn Davit Gevorgyan and the foundation’s executive director Amalya Yeghoyan during the My Step for Aragatsotn Province investment forum.

“Aragatsotn province has not existed on the IT map. The importance of this memorandum is that thanks to it we appeared on that map”, the Governor said.

According to the memorandum, the sides agree to unite their efforts to contribute to the development of IT and communication technologies in the province within the frames of joint partnership.

My Step for Aragatsotn Province investment forum has kicked off today in the village of Sasunik.

The forum is taking place in the Armenia Wine factory.

Nearly 30 business programs, the working atmosphere of the province, its development prospects, priority directions and potential will be introduced during the forum.

The forum aims at assisting the investment programs being implemented in the province, establishing new business ties, revealing the problems in the business sector and developing their solution mechanisms.