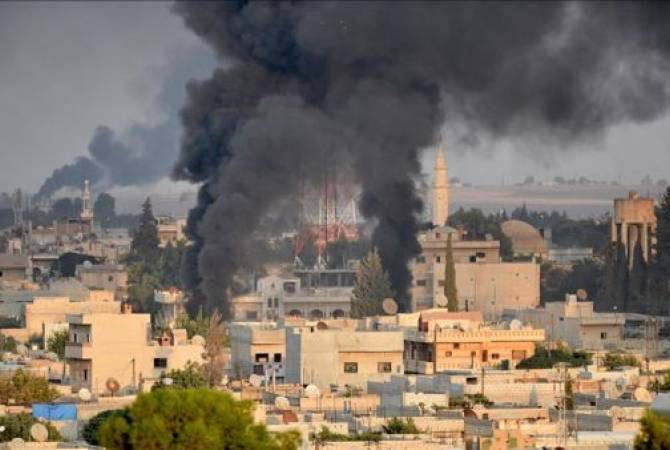 
YEREVAN, OCTOBER 12, ARMENPRESS. Ethnic Armenians who moved from Syria’s Tell Abyad to Aleppo due to the Turkish military invasion, told about the situation in that region following the military operations.

Sargis Nazarian and Vanes Kecherian told Aleppo’s Gandzasar daily that they were in Tell Abyad for working purposes.

“Before the start of the war our work was very good. We were working and enjoying our job. When the Turkish attack started days before, a shot was fired towards Tell Abyad. The Turkish armed forces started opening shots towards Tell Abyad and nearby villages. Staying there was a matter of life and death. We could not stay there. We left everything there and moved on. At that time we spent a terrible night. The villages in Syria’s north-east near the Turkish border were hit by rockets”, Vanes Kecherian said.

Sargis Nazarian in turn stated that they have received a warm welcome in Aleppo.

“Now the situation is unclear, we are waiting”, Nazarian said.