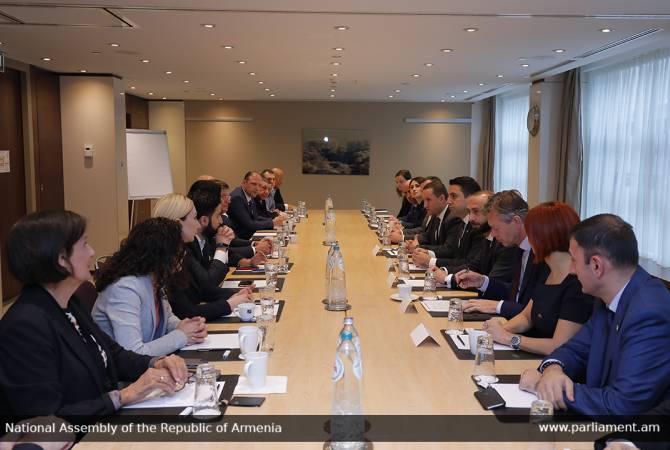 
YEREVAN, OCTOBER 11, ARMENPRESS. The inaugural session of the Armenia-Netherlands parliamentary friendship group has taken place on October 11 in the Hague during Speaker of Parliament Ararat Mirzoyan’s official visit to the country.

The friendship circle will be co-chaired by Deputy Speaker of Parliament of Armenia Alen Simonyan and Dutch MP Joël Voordewind, the Chair of the Foreign Relations Committee of the House of Representatives of the Netherlands.

The session was attended by Dutch lawmakers, representatives of the Armenian community and cultural and educational figures.

The parties exchanged ideas over deepening of political, economic, educational and cultural ties between Armenia and the Netherlands, the Armenian parliament's press service said in a news release.