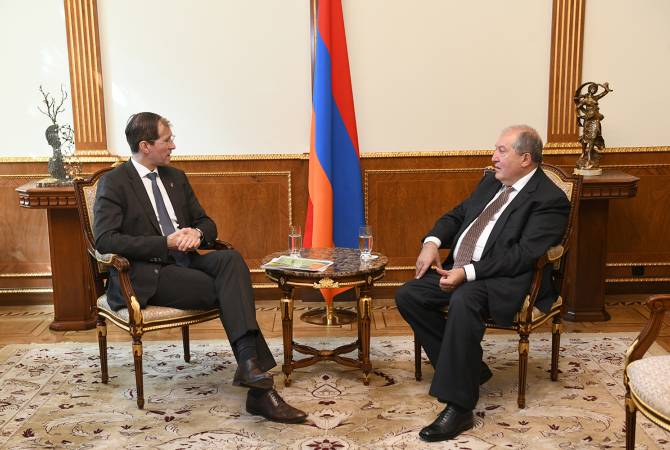 The company has an office in Yerevan which provides consultancy in the business development field to boost the flow of investments.

At the meeting Ulf Schneider introduced the President on the initiative called from Lisbon to Vladivostok, which aims at intensifying the economic ties and cooperation between the European Union (EU) and the Eurasian Economic Union (EAEU). He proposed to hold the conference of this initiative in Armenia next year.

“Armenia is a good bridge between the EU and the EAEU. I personally participated in the Armenian Summit of Minds this year in Dilijan, and I am inspired with the summit and believe that Armenia is a good place for hosting this event”, Ulf Schneider said. He informed that recently the meeting of the initiative group was held in Brussels attended by the representatives of the European Commission and the EAEU.

President Armen Sarkissian welcomed this initiative and stated that he is ready to assist to organize the event as much as possible.