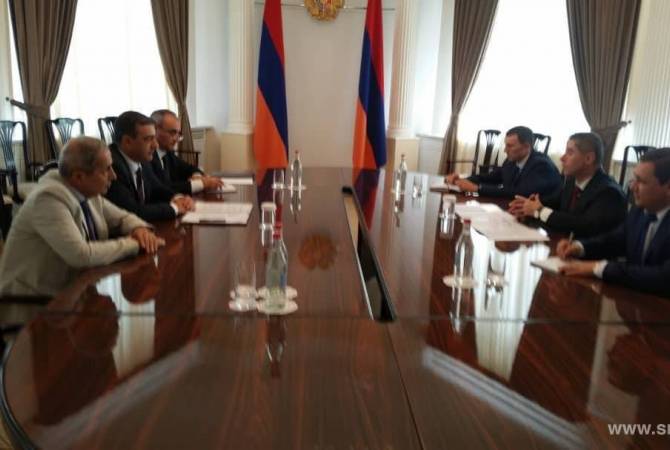 Introducing the functions of the structure, Jumakhon Giyosov said the Executive Committee coordinates the mutual cooperation of the relevant authorities of the organization’s member states in fighting terrorism, extremism and separatism. He noted that the expansion of the international cooperation, as well as involvement of partner states in the anti-terrorism operations is among the priorities of the SCO.

In his turn the acting NSS chief highly valued the SCO activities in fighting terrorism and stated that the threat of terrorism is one of the global problems faced by the humanity in the 21st century, and thus, the fight against terrorism is one of the priorities of the activities of national security bodies. Eduard Martirosyan stated that the NSS is ready to cooperate with the SCO and jointly fight for eliminating the threats of the international terrorism.