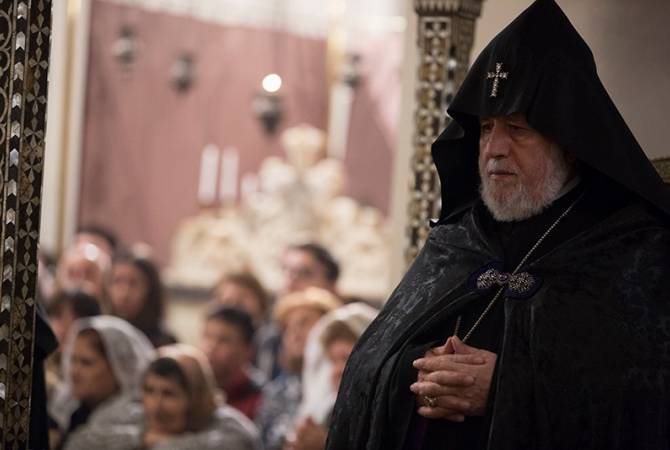 “In the last hours we are receiving alarming news regarding the military invasion carried out by Turkey in north-east of the Syrian Arab Republic. From the spiritual center of all-Armenians the Mother See of Holy Ejmiatsin we are drawing the international community’s attention on the Turkish actions against international order and law, expecting urgent and practical steps to prevent further bloodshed.

The threat of attacks by Turkey against minorities, including our Syrian-Armenian children because of the latter’s national identity awakens memories about the Armenian Genocide perpetrated by this same state in 1915-1923 and must receive condemnation in strongest terms by the international community.

Sharing the pain and sufferings of the friendly people of Syria, our brothers and sisters, living through the calamity of war, we pray to God for the speedy restoration of peace in Syria and the entire Middle East. The happening has no justification.

The Mother See of Holy Ejmiatsin must continue bringing its support to the Syrian people and the children of our nation,” the Catholicos said in a statement.