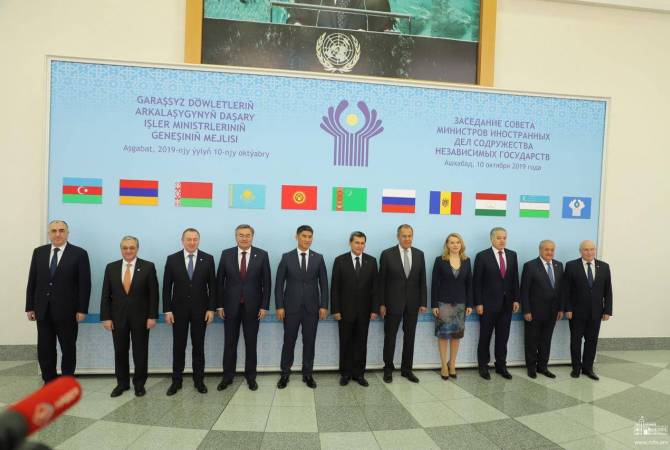 Issues related to the further development of partnership within the framework of the CIS, as well as actions for raising the productivity of the organization were discussed at the meeting, the foreign ministry said in a news release.

“Among other issues, Armenian Minister of Foreign Affairs Zohrab Mnatsakanyan comprehensively presented in his remarks Armenia’s principled stance and approaches regarding the NK conflict settlement, where the Armenian side’s primary priorities are the issues of Artsakh’s security and status. Reiterating Armenia’s commitment for the exclusively peaceful resolution of the conflict the FM emphasized that a successful development of the peace process requires the talks not to be viewed as a measure for advancing and imposing maximalist approaches. In this context the Armenian FM addressed also the need for ensuring proportionality of obligations in the peace process. With results of the session the FMs adopted an action plan aimed at boosting cooperation between foreign ministries of CIS member states, a number of documents, which will regulate the participating states’ partnership in the humanitarian sector, countering drug trafficking, ensuring information security and other fields.

The FMs adopted a joint statement in support for the practical steps in the direction of preventing an arms race in space, as well as approved the draft statement on the occasion of the 75th anniversary of the victory in the Great Patriotic War, the adoption of which is planned during the upcoming October 11 CIS summit”, the foreign ministry said in a news release, adding that the next session of the council will take place April 3rd, 2020 in Kazakhstan.