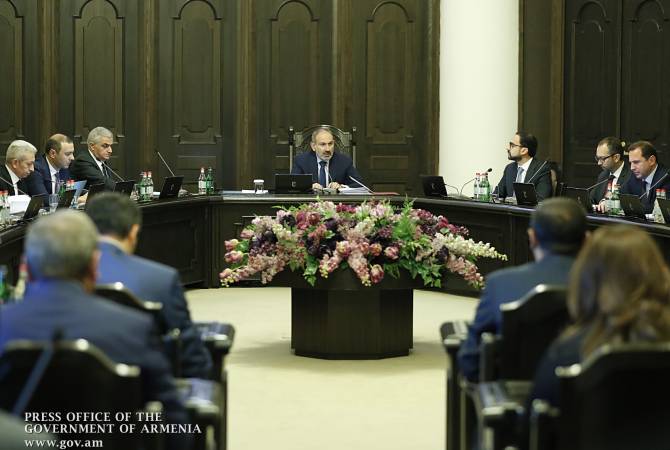 The Government adopted a decision that was developed as part of the second stage of the procurement system reform following the discussion held by the Prime Minister of the Republic of Armenia taking into account the proposals submitted by state agencies and civil society organizations. In particular, the decision removes the regulations that require qualification criteria and bidders’ documentation on qualification justification. It is stipulated that the participant selected as a result of the tender procedure, in addition to securing the contract (prepayment), will present the customer with a qualification guarantee in the form of a fine in case of purchases costing from 1 to 10 million drams, and in case of purchases worth more than 10 million drams - in the form of a bank guarantee.

Touching upon the decision, the Prime Minister said: “In fact, we are introducing a new institution, so let us not look for excuses that could delay the introduction of this new institution by stating that it is fraught with risks. We will eventually manage risks, should there any arise. This is the Government’s initiative: let us set a higher benchmark and sees what happens. If we cannot live up to the mark, we will lower it.”

The Government approved the Judicial and Legal Reform Strategy of the Republic of Armenia for 2019-2023 and the relevant action plan. The document provides for the creation of an e-justice platform, as well as the availability and modernization of electronic databases.

Steps are envisaged for constitutional reforms, reform of the electoral law, ensuring the independence and impartiality of the judiciary, improving the efficiency of the courts and other goals.

The Government next approved the proposals on signing grant agreements between the Republic of Armenia, Gyumri City Hall and the European Bank for Reconstruction and Development on Gyumri City Roads: Tranche B and Tranche B. The agreements are meant to attract grants for the joint funding of the project, which seeks to provide assistance in modernizing the roads and the municipal lighting system in Gyumri.

Nikol Pashinyan stated in this connection: “There are clear indications that tourism-related investment projects are being developed for Gyumri, at least in the hotel sector. This year’s experience has shown that the hotel industry needs to be expanded in Gyumri. It is crucial for the Government to respond as quickly and efficiently as possible, so that the construction of new hotels is carried out quickly and at a proper level,” the Premier said.