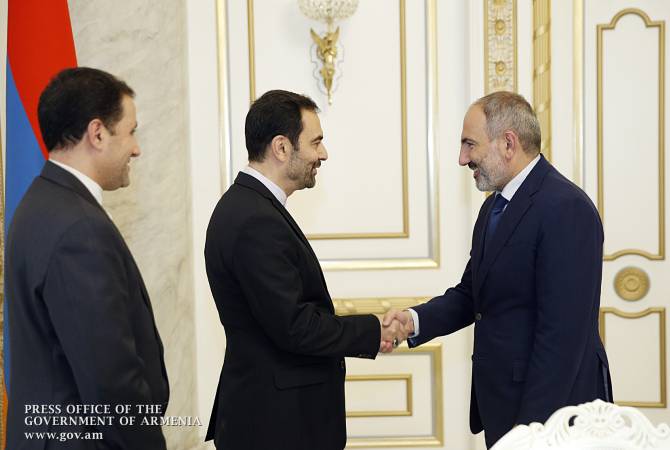 PM Pashinyan expressed his appreciation to the ambassador on the occasion of the development of the Armenian-Iranian ties during the latter’s tenure, which was manifested by bilateral high-level official mutual-visits and the strengthening of the Armenia-Iran cooperation.

Ambassador Seyyed Kazem Sajjad thanked the Armenian Prime Minister for the appreciation and noted that he will continue making efforts for the development of the Armenian-Iranian relations in his future activities.

The Iranian ambassador noted that the bilateral partnership is steadily developing, and that the Armenian PM’s official visit to Iran and the Iranian President’s visit to Armenia greatly contributed to this, and that the work for implementing the agreements reached during these visits is proceedings dynamically.

The PM and the ambassador also exchanged views regarding the process and actions in joint projects in several sectors.