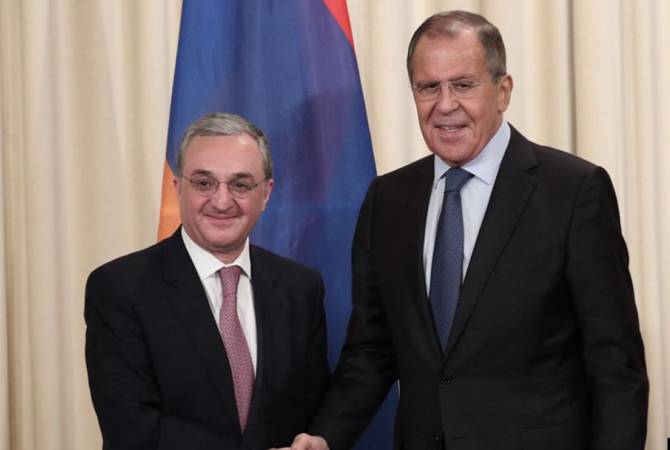 
YEREVAN, OCTOBER 10, ARMENPRESS. Armenian Foreign Minister Zohrab Mnatsakanyan and Foreign Minister of Russia Sergey Lavrov met today in Ashgabat on the sidelines of the session of the CIS Council of Foreign Ministers during which they discussed the implementation of the agreements reached between the Armenian and Russian leaders, RIA Novosti reported.

“Today we have a good opportunity to hold a bilateral meeting on the sidelines of the session of the CIS Council of FMs and see how we are fulfilling the agreements reached between the Russian President and the Prime Minister of Armenia”, the Russian FM said.

FM Lavrov said both countries hold a very intense dialogue both at the leaders, the FMs level, as well as at the level of the staffs of the foreign ministries. “Today we will be able to know what else is needed to do for everything to pass without any obstruction”, Lavrov said.

“Of course, this is a very good occasion to discuss our partnership within the international organizations, such as the OSCE, the Council of Europe, UN, and of course in the integration unions of the post-Soviet space”, the Russian minister noted.

In his turn the Armenian FM also highlighted the great intensity of the mutual cooperation between Armenia and Russia. He said the two countries carry out a positive exchange of views on all issues relating to the international agenda, as well as the bilateral relations.