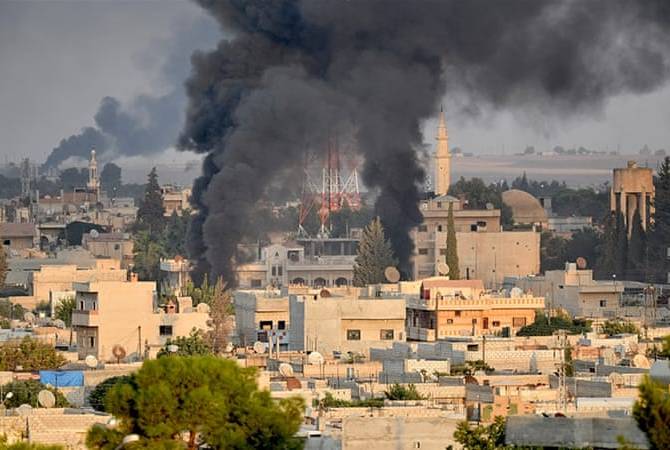 
YEREVAN, OCTOBER 10, ARMENPRESS. Due to the current situation in Syria caused by the Turkish launch of a land offensive in the country’s north-east, Armenia’s Embassy in Damascus and the Consulate General in Aleppo are working on a heightened mode.

The Armenian Embassy in Syria said on Facebook that the Armenian diplomatic representations keep in touch with the community structures of the city of Qamishli and other northern regions.

“We follow the developments. We develop possible steps together with the Armenian primacies of Damascus and Aleppo to provide our compatriots, who want to move from Syria’s north, with temporary shelters and give the first aid if necessary. More than dozens of Armenian families have already left their settlements from the city of Tell Abyad which is under direct attack and moved to safer regions, such as Aleppo and Hasakah. As of this moment there is no task to immediately evacuate our compatriots. According to our data, the number of Armenians living in Syria’s northern regions is around 3000”, the statement said.