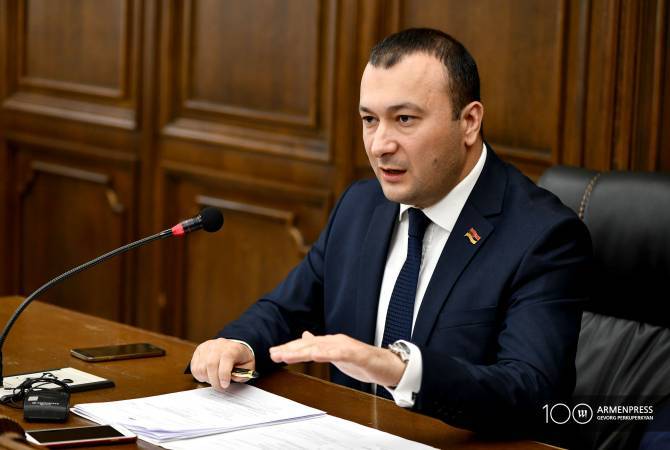 
YEREVAN, OCTOBER 10, ARMENPRESS. Turkey’s military operations in Syria’s north-east are a great threat to the regional security, Vice Speaker of Parliament of Armenia Vahe Enfiajyan said in a statement.

“Military operations against the civilian population are just condemnable. An ethnic massacre has been carried out overnight in the city of Qamishli built by Armenians, this is an encroachment against the national and religious minorities. The civilian population has become a victim of inhuman atrocities, the people’s right to live secure is being violated. Peace cannot be maintained by force. Unfortunately, peace is now an act of forcing, it’s important to have an inner strength to understand that peace is achieved only when they are able to force it. I condemn all kinds of aggression, war that can lead to further destabilization of the situation in the region.

People demand peace as the highest value. The idea of peace is the ownership of all nations of the world”, he said in the statement.