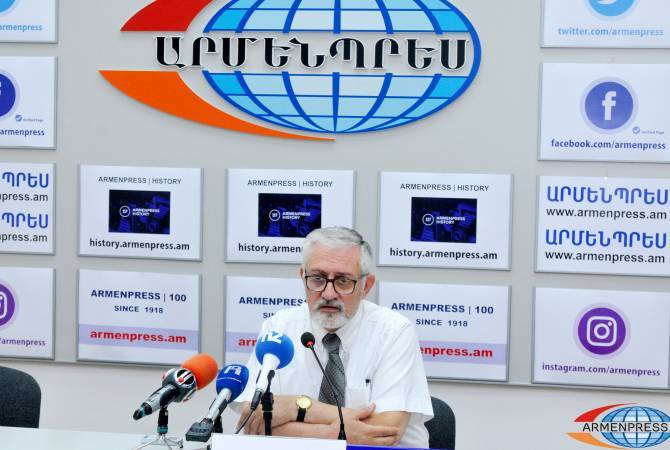 
YEREVAN, OCTOBER 10, ARMENPRESS. Turkey’s military operations are unacceptable for the people of Syria: this is an encroachment against Syria’s territorial integrity, Ethnic Armenian lawmaker of the Syrian Parliament Jirair Reisian told Armenpress.

“Syria considers this encroachment unacceptable. Syria is undoubtedly determined to liberate its territories. It’s obvious that there are threats, but we are ready to provide our support to all those affected, be they Armenians or other nationalities”, the MP said.

He noted that Turkey’s operations will lead to instability, and actually Ankara is seeking for this.

“This is Turkey’s desire. During this whole period it has been involved in a very open anti-Syrian policy. The people of Syria are determined to restore their right”, he said.

Asked whether he knows concrete numbers of Armenians living in the territories where Turkish military operation is underway, the lawmaker said he couldn’t say for sure because Armenians have almost fled these territories, few Armenian families stayed there.

“I am concerned that the Qamishli region is also targeted where there are injured people. Undoubtedly, Aleppo will do everything possible not only for Armenians, but also the representatives of other nations to overcome the difficulties”, he said.