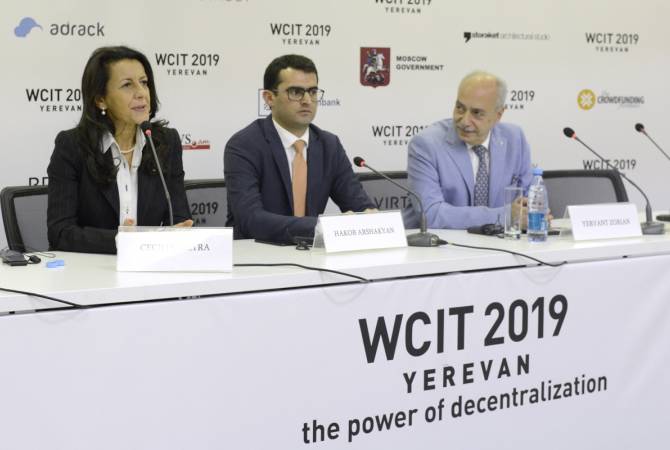 
YEREVAN, OCTOBER 10, ARMENPRESS. During a press conference in Yerevan on the sidelines of the World Congress on Information Technology (WCIT), Armenia’s Minister of High Technological Industry Hakob Arshakyan, Synopsis Armenia President Yervant Zorian and IEEE Computer Society President Cecilia Metra announced about the initiative to open the branch of the IEEE Computer Society department of the IEEE (Institute of electrical and electronic engineers), the ministry told Armenpress.

Synopsis Armenia President Yervant Zorian said that the IEEE as a professional organization is the first in the field of electronics and computer technique.

Cecilia Metra stated that the IEEE has more than 405 thousand members in different countries of the world. The Institute consists of 39 unions, the largest of which is the computer society with 245 branches and 13.000 members.