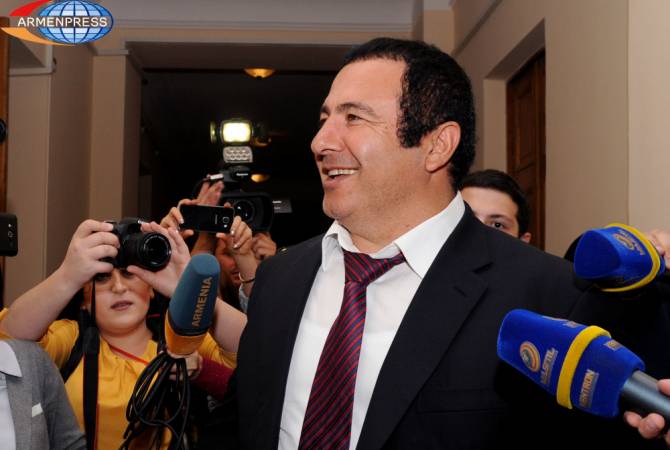 
YEREVAN, OCTOBER 2, ARMENPRESS. The opposition Prosperous Armenia party (BHK) has decided not to participate in the voting of the bill on launching an impeachment process of Hrayr Tovmasyan, the Constitutional Court member who also serves as President of the court.

The bill has been introduced by the ruling My Step bloc.

“We gathered and discussed it in the faction,” BHK leader Gagik Tsarukyan said.

“Today by looking at the main clauses and documents, we saw that there are breaches of deadlines, flawed clauses, the substantiations are very weak, and since it isn’t up to parliament whether Tovmasyan will remain or depart, the decider is the Constitutional Court, we decided not to participate in the voting,” Tsarukyan said.

Tsarukyan reminded that back in the previous parliament they voted against Tovmasyan’s candidacy for the position.

The other opposition party - the Bright Armenia (LHK) had earlier said it will vote in favor of the bill.

The bill is a draft decision on applying to the Consitutional Court requesting to terminate Tovmasyan's powers.