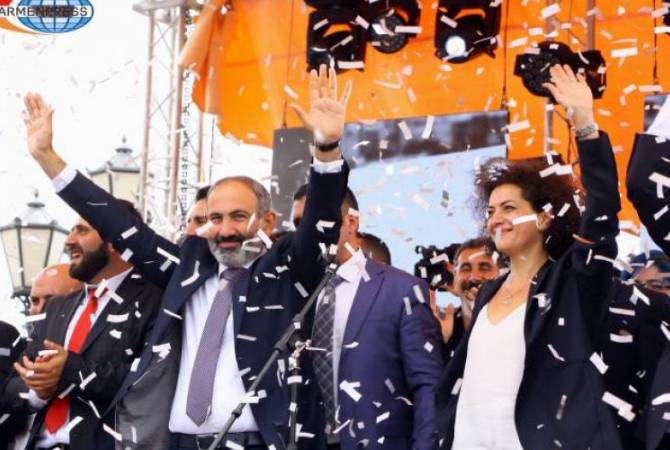 “The truth is the following: I personally did one thing – I said I think that we have a situation that is problematic, I personally take a step for this situation, those who have steps, can do that. And it turned out that many people have steps to take. It has been created and formed by the people. The people of Armenia carried out the revolution. Yes, I did my step, but if the others didn’t do that, nothing would happen”, the PM said, adding that the authors of conspiracy theory circulate versions according to which the revolution was planned somewhere, the place where usually the famous revolutions are being planned.

Armenian PM Nikol Pashinyan arrived in the United States on a working visit.