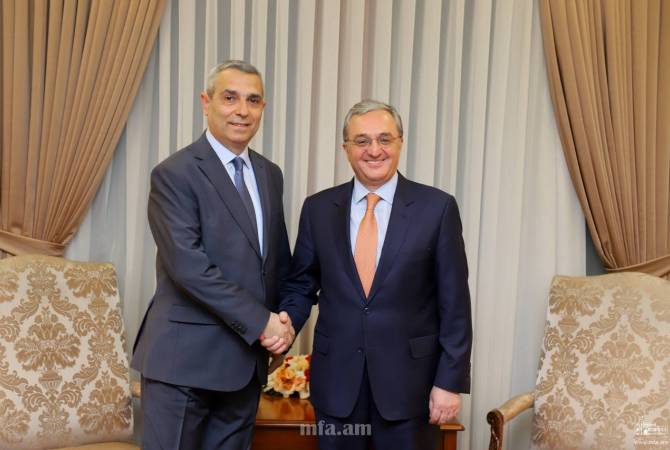 Prior to the New York meeting between the Armenian and Azerbaijani FMs brokered by the OSCE Minsk Group Co-chairs, the Foreign Ministers of the two Armenian republics clarified the positions on the peaceful settlement of Nagorno Karabakh conflict.

FM Mnatsakanyan reaffirmed that the security and status of Artsakh people are priorities for Armenia, emphasizing that from the perspective of ensuring effectiveness of the peace process, the participation of Artsakh in the negotiations as the main side of the conflict is very important.

Zohrab Mnatsakanyan and Masis Mailian also exchanged views over the issues of establishing an atmosphere of peace, noting that the un-constructive announcments made by Azerbaijan addressed to the domestic audience do not contribute to the implementation of the committment of preparing the peoples to peace.