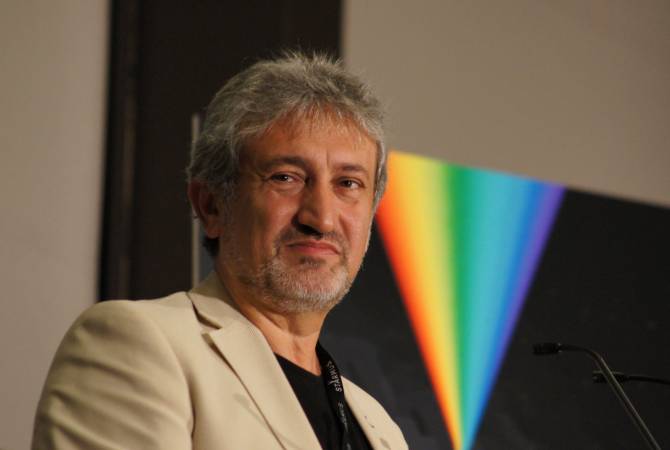 Israelian will take part in WCIT’s Distinguished Speakers Series, a special series of speeches and intimate conversations with consequential figures from inside and outside the ICT industry, including founders of some of the most recognized and respected names in tech whose vision, imagination and grit have made the information revolution possible, and special guests whose voices ought to be heard. His talk is titled “Astrophysics on the Threshold of 21st Century: Artificial Intelligence, Data Mining and Alien Life.”

“We are very honored to have Dr. Israelian participate in this conference. He epitomizes a long tradition of Armenia’s contribution to the expansion of scientific knowledge to the benefit of the whole world”, said Alexander Yesayan, chairman of the WCIT 2019 Yerevan organizing committee, president of the Union of Advanced Technology Enterprises of Armenia (UATE) and co-founder of UCom!, the largest telecommunications provider in Armenia, of the addition of Israelian to WCIT 2019.

Greatly respected in his field, Israelian has been a staple at Astrophysics conferences for many years, and has published more than 500 scientific articles in his influential career as a researcher. Most notably, Israelian led an international collaboration which provided the first observational evidence that supernova explosions are responsible for the formation of black holes. He is also the founding director of STARMUS, an international festival of science and art that has featured high-profile names from both industries since its inaugural festival in 2011. Israelian’s contributions to the field of astrophysics are universally recognized by his peers and officially by the Government of the Canary Islands, receiving the prestigious Canary Islands Gold Medal, the highest recognition on the Canary Islands of physical persons or companies for their efforts for the benefit of the Canary Islands society, in 2014.

This year, WCIT will address The Power of Decentralization: Promise and Peril and explore how information and communications technology is transforming our lives for better and for worse, and its impact on profits and prosperity, safety and security, democracy and humanity.

WCIT 2019 is expected to attract more than 2,500 participants from more than 70 countries. For more informationon the speakersand agendaand to get tickets, visit the official website of WCIT 2019.

The Government of Armenia has declared IT a strategic area of focus and its legislation creates favorable conditions for foreign direct investments in the IT sector. Furthermore, consistent efforts are made to promote the development of high-tech innovations, ecosystems, and start-ups in the industry. Over 45 percent of the industry exports go to the USA and Canada, 25 percent to Europe, and 11 percent to Asia. Armenia is a home to over 900 ICT companies, including the globally recognized PicsArt, Renderforest, Softconstruct, and Joomag.

WCIT 2019will be held in Yerevan on October 6-9, 2019. The Congress is hosted by Armenia with the support and under the high patronage of the Governmentof the Republic of Armenia. The World Congress on Information Technology (WCIT) was established by the World Information Technology and Services Alliance (WITSA). Its main organizing body is the Union of Advanced Technology Enterprises (UATE).