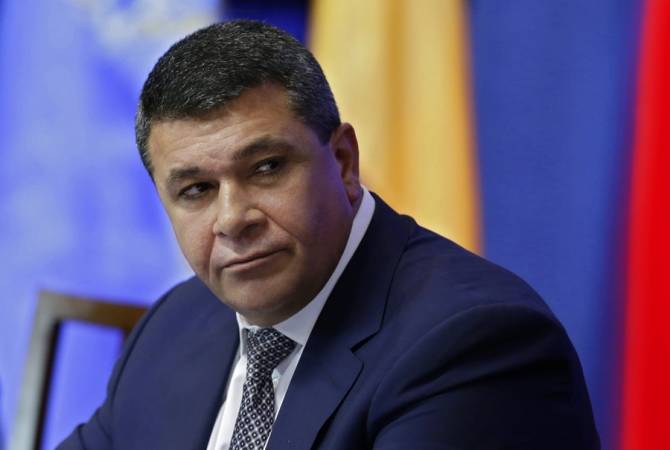 
YEREVAN, SEPTEMBER 19, ARMENPRESS. The attorneys of former police chief of Armenia Vladimir Gasparyan have submitted an appeal to the Prosecutor General to suspend the criminal prosecution against the former official.

“Today we submitted an appeal to the Prosecutor General to immediately suspend the criminal prosecution against Colonel-General Vladimir Gasparyan citing the absence of corpus delicti”, attorney Tigran Atanesyan said on Facebook.

Armenia’s investigative committee revealed a number of circumstances regarding the ongoing criminal case connected with the abuse of power by separate officials of the defense ministry, the Investigative Committee told Armenpress.

Vladimir Gasparyan (former police chief of Armenia) has been charged.

According to the investigation results, Vladimir Gasparyan, serving as head of the military police department from June 1997 to October 2010, later as deputy defense ministry until November 2011, being aware that three servicemen of the defense ministry’s military unit being designated as a military police officer do not conduct their military service, but carry out other tasks instead, enabled them to conduct activities not deriving from their status. In particular, one of these servicemen worked as a driver of Levon Sargsyan, the brother of the former President of Armenia Serzh Sargsyan, and the two worked as Alexander Sargsyan’s bodyguards.

In addition, Vladimir Gasparyan, serving as deputy defense minister on December 3, 2010, extended the military service term of one of these servicemen for five years.

As a result, during his tenure in the defense ministry the aforementioned servicemen didn’t fulfill their main functions, didn’t attend the military unit, but maintained their positions as a result of which a total of 21.691.481 AMD was paid to them from the state budget, causing a major damage to the state.

Vladimir Gasparyan has been charged for abuse of power. Signature not to leave has been selected as a precautionary measure against Gasparyan.