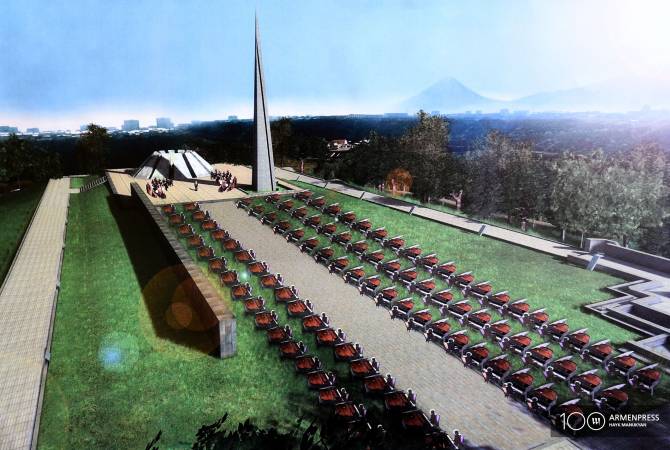 
YEREVAN, SEPTEMBER 17, ARMENPRESS. On the occasion of the upcoming 105th anniversary of the Armenian Genocide on April 24th, 2020, the Chime of the Century Charity Foundation is planning to organize a mass concert at the commemoration event in the Tsitsernakaberd memorial involving 105 musicians.

A symbolic number of 105 grand pianos will be brought to the Tsitsernakaberd Armenian Genocide Museum, where 105 musicians from different countries will play Armenian composers’ music accompanied by the Symphony Orchestra, according to the plan.

After getting to know the 105 Grand Piano project, Armenian Genocide Museum-Institute Director Harutyun Marutyan contacted the project’s initiator Arthur Hovhannisyan and said that he welcomes any reasonable initiative which is aimed at voicing about the Armenian Genocide.

The museum said it has no objections to the project – if the latter gets final approval and funding – with only one condition – that the temporary placement of the grand pianos will not damage the green zone or any part of the memorial’s territory.

If the project is approved, after the concert the grand pianos will be donated on April 25th to music schools of different cities and villages in Armenia at the recommendation of the Chime of the Century Foundation and agreement of the philanthropists.