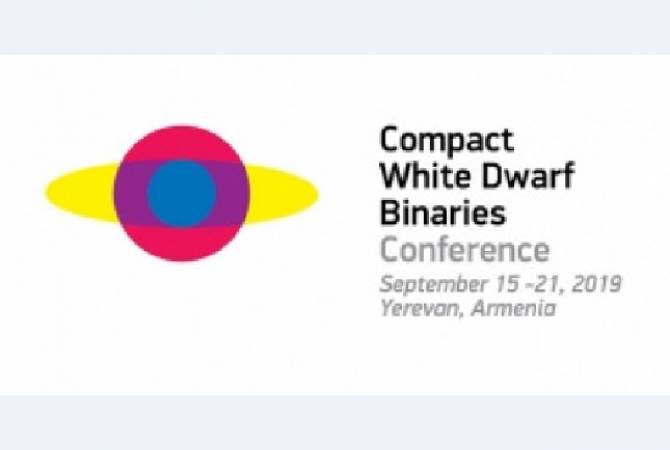 The conference was attended by President of Armenia Armen Sarkissian.

The CWDF has been organized by the support of the Faculty of Physics of the Yerevan State University and will last until September 21.

The Armenian President welcomed the conference participants and thanked the organizers for holding such an event.

“Such conferences are important for the development of science, in particular, astronomy, in Armenia. The 21st century is going to be a period of technologies, science, human brain and creativity”, President Sarkissian said. According to him, the conference participants have a chance to introduce their experience and knowledge, and also to learn.

Organizer of the conference, Professor at the National University of Mexico Gagik Tovmasyan told reporters that an exchange of experience is taking place between the participants.

“Nearly 60 scientists from 20 countries arrived in Armenia to discuss astronomy-related topics, and these people represent famous universities, such as the California Technological Institute, University of Cambridge, the Moscow State University, etc. We also have guests from Australia and South Africa”, he said.

Compact white dwarf binaries are formed when the more massive component in a stellar binary expands towards the end of its stellar life and engulfs its companion. This brief and dynamically violent common envelope phase shrinks the orbital separation, and results in a radically different evolution compared to single star evolution. Compact white dwarf binaries become interactive and lead to a variety of astrophysical important outcomes, including supernovae type Ia and low-frequency gravitational wave sources.

The goal of this conference is to bring together experts working across all areas related to compact white dwarf binaries.